I've been dragging my feet for years to get a video doorbell. I wanted a doorbell that "just works" as a doorbell, even if the WiFi is down, and I didn't want my video footage to be stored in the cloud, but only accessible when on the local network, either directly, or via VPN. Apparently, these are fairly high requirements nowadays... I settled for the Unifi Protect G4 Doorbell. I wanted to get the Pro-variant, but that one still hasn't left Early Access.

There were some issues, though. The first one is that this doorbell works on 16V AC, and requires the chime to also work with that. While 16V may be the standard in the US, here where I live, most chimes are 6V. They'll probably work with 16V, but not for a very long time.

You don't need to connect a chime. You can go all in digital and only use your phone to notify you someone is at the door. But if you do, you need to connect a special white chime-box adapter in series with the doorbell: 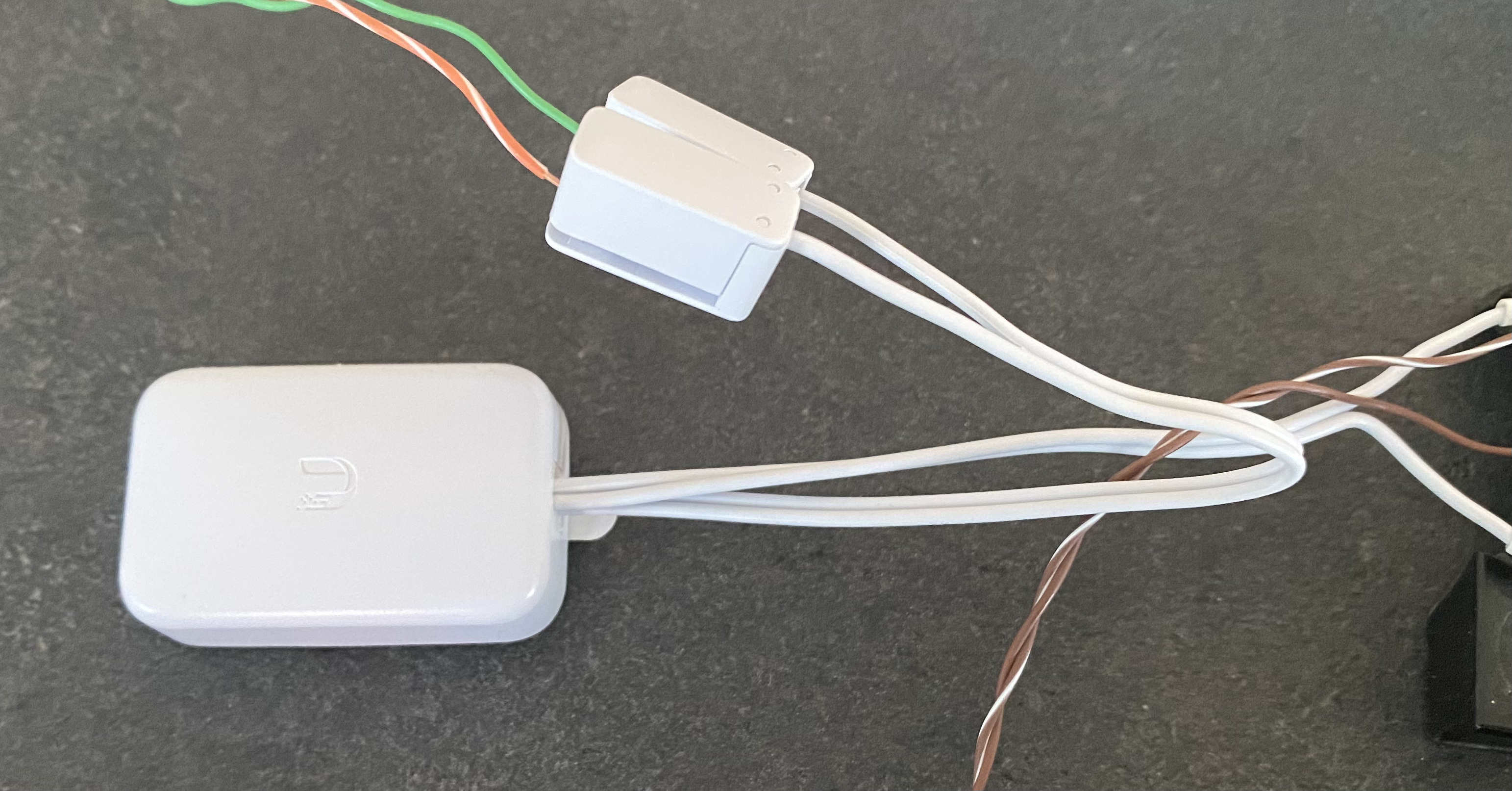 Presumably, this box would output 16V AC when the door bell button is pressed. So I needed to find out what exactly is being output from this box, and how I can convert it to the correct voltage.

Contrary to my expectations, there was some output present while the system was in idle: 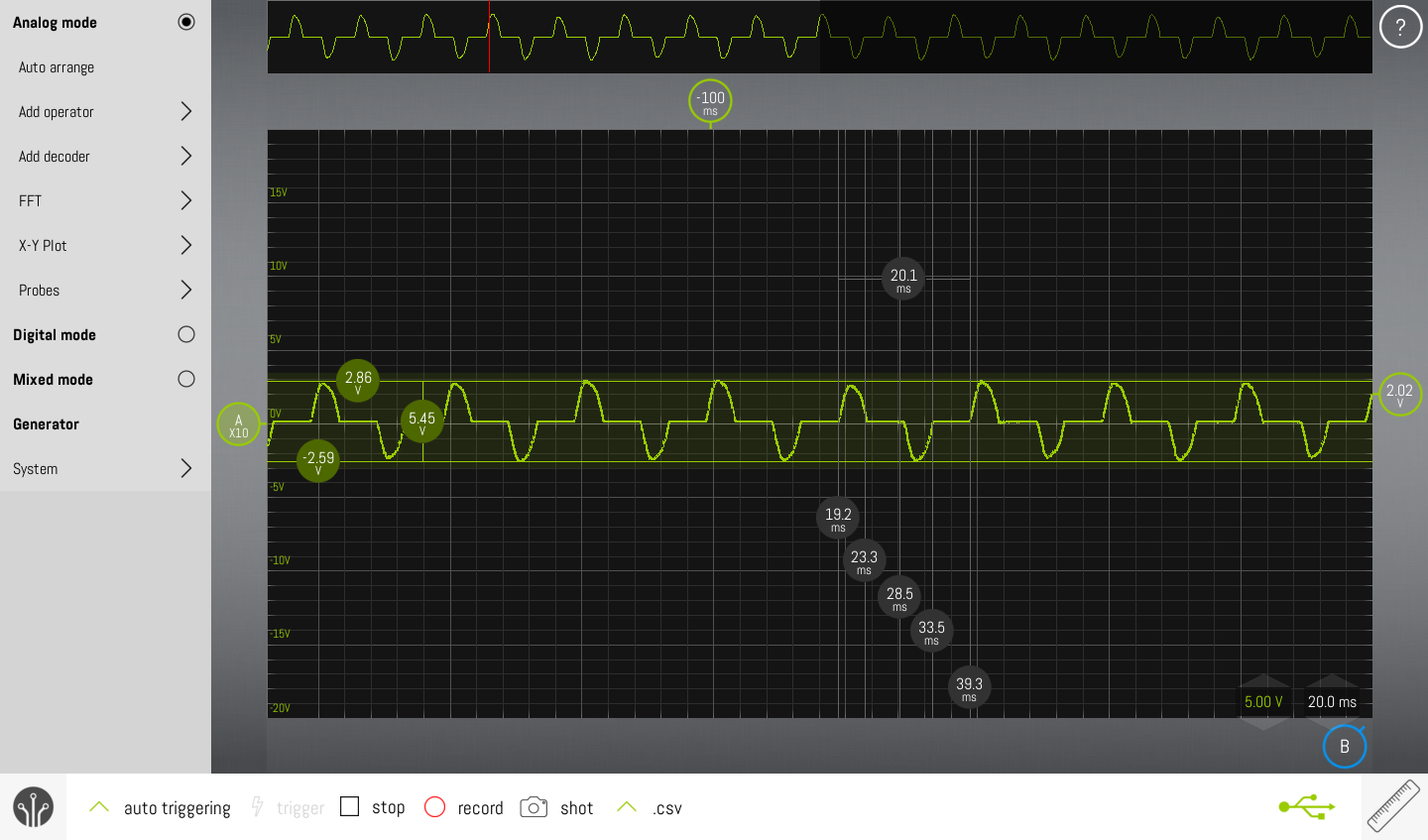 The signal is non-sinusoidal, but 50Hz periodic and about 5.5Vpeak-to-peak. When I pressed the button, nothing happened.

In the Doorbell's settings, you can choose which chime is attached. By default, it's configured to "None". The other settings are "Mechanical" and "Digital". When selecting Digital, you can choose a duration between 1 and 10 seconds.

So I choose "Mechanical", and pushed the button again. Now something did happen: the output of the chime box adaptor jumped up to 21Vrms AC and stayed there for many seconds, but the Doorbell shut down because it lost power. It recovered after 30seconds or so.

It looks like the chime box adapter outputs the full output of the transformer to the chime connections, leaving no power for the doorbell itself. I'm assuming that the voltage is supposed to be shared between the chime and the doorbell during this period, but since I have no chime connected (yet), all voltage falls over my oscilloscope and nothing remains for the camera.

So I decided to load the output with a (second) transformer to step down the voltage from 21Vrms AC to something in the neighbourhood of 6~10V. This seems to have done the trick:

The chime box output full voltage for around 430ms, and resets to its idle state, leaving the camera enough power to keep on working.